​From WikipediaNuri Bilge Ceylan (Turkish pronunciation: [ˈnuːri ˈbilɟe ˈdʒejlan], born 26 January 1959) is a Turkish film director, photographer, screenwriter and actor. He was the winner of the Palme d'Or, the highest prize at the Cannes Film Festival, in 2014. He is married to filmmaker, photographer, and actress Ebru Ceylan, with whom he co-starred in Climates (2006).Ceylan's films deal with the estrangement of the individual, existentialism, the monotony of human lives, and the details of everyday life. He uses static shots and long takes, usually in natural settings, as well as play with sound, including the use of menacing silences. He is known for filming his protagonist from behind, which, in his view, leaves the audiences to speculate on the brooding emotions of characters whose faces are obscured. Until Climates, Ceylan's films are made on low budgets, with casts generally consisting of amateur actors, most of whom are family members. 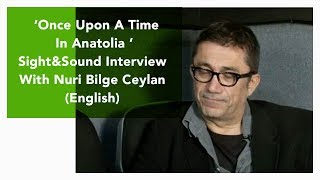 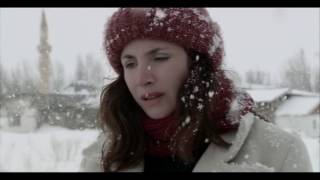 Ceylan’s women: looking | being looked at 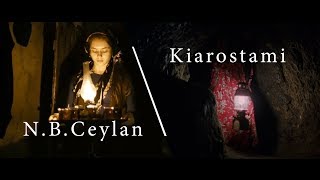 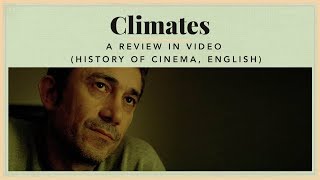 Climates - A Review in video (History of Cinema, English)