Ernst Ingmar Bergman (14 July 1918 – 30 July 2007) was a Swedish director, writer and producer for film, stage and television. His influential body of work dealt with bleakness and despair as well as comedy and hope. Described by Woody Allen as "probably the greatest film artist, all things considered, since the invention of the motion picture camera", he is recognized as one of the most accomplished and influential film directors of all time. However, despite critical acclaim, his films rarely earned large grosses or gained wide audiences.He directed over sixty films and documentaries for cinematic release and for television, most of which he also wrote, and directed over one hundred and seventy plays. Among his company of actors were Liv Ullmann, Bibi Andersson, Erland Josephson, Ingrid Thulin and Max von Sydow. Most of his films were set in the landscape of Sweden. His major subjects were death, illness, faith, betrayal, and insanity.Bergman was active for more than six decades. In 1976 his career was seriously threatened as the result of a botched criminal investigation for alleged income tax evasion. Outraged, Bergman suspended a number of pending productions, closed his studios, and went into self-imposed exile in Germany for eight years.Description above from the Wikipedia article Ingmar Bergman, licensed under CC-BY-SA, full list of contributors on Wikipedia.​ 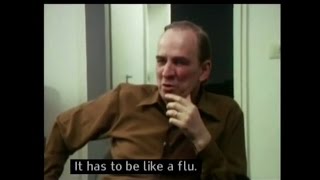 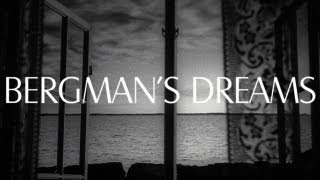 Ingmar Bergman on Life and Work

Ingmar Bergman on Life and Work

From the Life of the Marionettes

From the Life of the Marionettes

The Passion of Anna

The Passion of Anna

Hour of the Wolf

Hour of the Wolf

Through a Glass Darkly

Through a Glass Darkly

Smiles of a Summer Night

Smiles of a Summer Night

Lesson in Love, A

Lesson in Love, A